Jaywant Pandya is Karnawati (Ahmedabad) based senior journalist, columnist and tv-web-radio political analyst having 22 years experience. He is perhaps only Gujarati journalist who have been working in three languages-Gujarati, Hindi and English. His Hindi articles have been publishing in Panchjanya weekly. His English articles have been publishing in Organiser weekly. He is one of few journalists who has been working in all form of media-including manuscript, print, television, web, mobile app and radio. He is also perhaps only journalist who has worked in all leading Gujarati newspapers and magazine including Gujarat Samachar, Divya Bhaskar, Sandesh and Sambhaav group on leading positions. He has been associated with Asia’s oldest vernacular newspaper Mumbai Samachar, Gujarat Guardian, Amreli’s Sanjog News as columnist. He is also one of few journalist who has worked all around in media including front page news, reporting and supplements. He has authored two books – Yog-samajik drushti and cricketer-vachan mala. His columns on current affairs, film and entertainment, dharma, career have been publishing since 1996. He has interviewed more than 180 celebrities including Amitabh Bachchan, Jitendra, Dharmendra, Sunni Deol, Rakesh Roshan, Satish Kaushik Madhuri Dixit, Neha Dhupia, Mallika Sherawat, Amit Kumar, Shekhar of Vishal-Shekhar, Saroj Khan…etc. He has been popular blogger too. His Gujarati blog Read, Think, Respond (jaywantpandya.wordpress.com) is very much popular. His second blog http://jaywant-pandya.blogspot.com/ is for Hindi and English readers. His third blog on Film and television is http://jaywantpandyasblog.blogspot.com/ . He is very much active on Facebook (jaywantpandya) and on Twitter (@jaywantpandya).

He can be contacted on jaywant.pandya@gmail.com

This site uses Akismet to reduce spam. Learn how your comment data is processed.

© Unauthorized use and/or duplication of this material without express and written permission from this site’s author and/or owner is strictly prohibited. Excerpts and links may be used, provided that full and clear credit is given to Jaywant Pandya and https://jaywantpandya.wordpress.com with appropriate and specific direction to the original content. 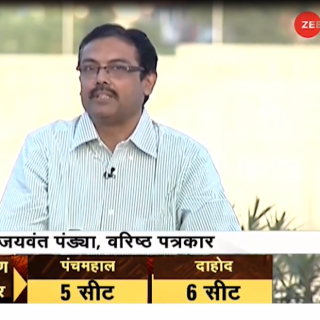 A journalist who loves his country more than any other thing. I am ever learning man. Reading, writing , Hindi films, television, music and learning new things are my passion. I like to be innovative.

Read in your language